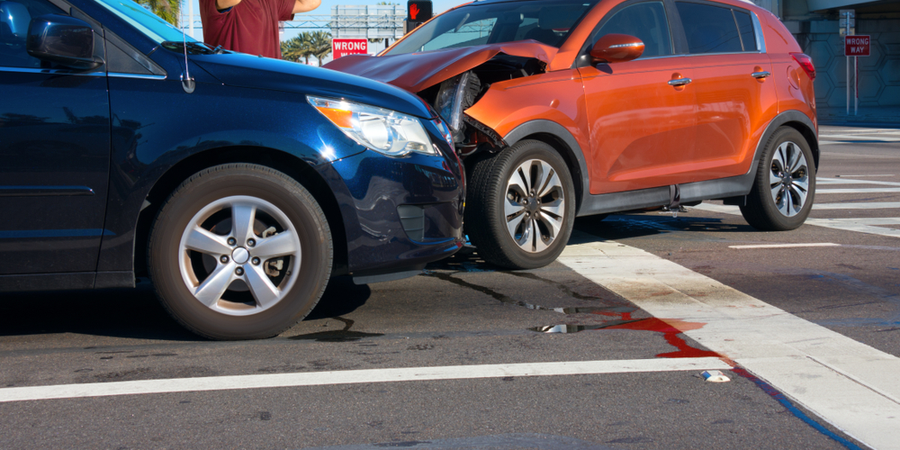 While intersections have stoplights and other precautions, they can be dangerous places for drivers and pedestrians in Las Vegas. If you are in an accident in an intersection or other places on the road, call a Las Vegas car accident lawyer.

Car accidents can happen anytime you are on the road in Las Vegas. While our streets are designed to handle large volumes of traffic – almost around the clock – there are areas that are more dangerous than others. In particular, some intersections are known as being particularly risky for accidents.

If you are involved in an intersection crash, determining liability can sometimes be a complicated matter. You want to speak with a Las Vegas car accident lawyer who is familiar with the area and who can protect your rights. The following are only some examples of some highly dangerous intersections in the Las Vegas area.

This is one of the most deadly interchanges in the city, according to the Nevada Department of Public Safety. This interchange involves sharp curves, and many drivers fail to slow down enough to maintain control. To increase the risks, many people switching freeways are visitors coming into Las Vegas or passing through from Arizona, Utah, or California. When unfamiliar drivers meet dangerous intersections, serious crashes can result.

This intersection, a few miles east of the Las Vegas Strip, has a high amount of crashes each year. It is a large intersection with many lanes and drivers turning in all different directions. Many drivers try to beat the red light, which can result in serious broadside accidents.

This is a large and busy intersection just west of the Strip, which had more than 50 crashes reported in a single year. This is the highest number of crashes for any intersection in the city. Researchers attributed a large number of accidents to drivers who run red lights or make risky left turns in front of oncoming traffic.

This intersection toward the eastern end of Las Vegas also involves a connector with Flamingo Rd, which makes it confusing to navigate for drivers. In addition, it is common for pedestrians to cross the street outside of crosswalks or without walk signals, which adds to the danger of collisions with pedestrians.

Many intersections crashes are caused by negligent drivers, and if someone else was to blame for your crash, you should not wait to discuss the matter with a trusted attorney who understands the common issues at Las Vegas intersections.

Learn How a Las Vegas Car Accident Lawyer Can Help

At Breeden Malpractice & Injury Law, we take on complex car accident cases and work to identify all possible liable parties in every case. We want you to focus on your physical recovery while we work to get you the maximum compensation you need to cover your losses. If you have been injured in a car crash anywhere in the area, contact us online or call (702) 819-7772 to learn how a Las Vegas car accident lawyer can stand up for your rights.